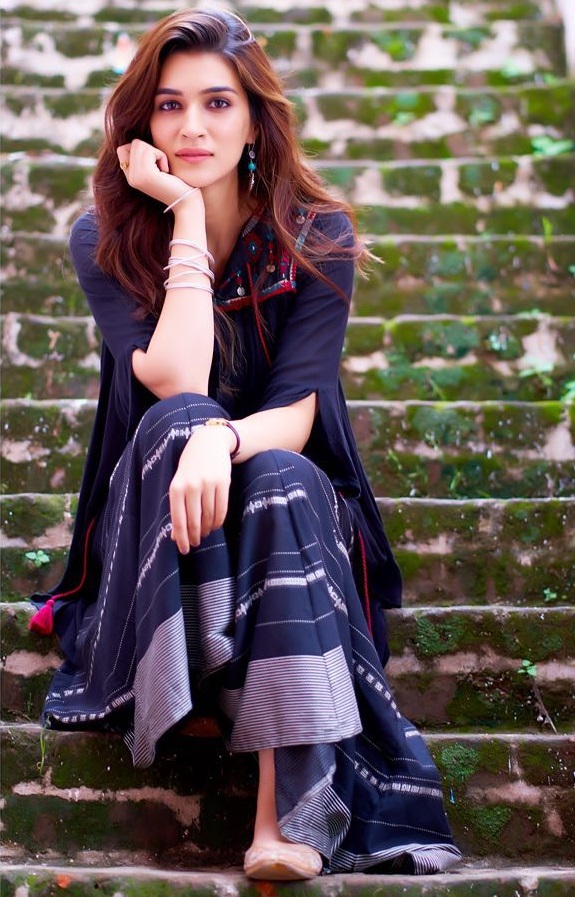 After pursuing an engineering degree from the Jaypee Institute of Information Technology, Kriti Sanon started work as a model and now she is a successful Indian Actress.

She had made her debut with Telugu movie Nenokkadine. Than she won the Filmfare Award for the best female debut for her role in sabbir khan’s movie “Heropanti (2014)”, by which she made her debut in Bollywood. Than after she appeared in three successful movies “Dil Wale (2015)”, “Bareilly Ki Barfi (2017)” and “Luka Chuppi (2019)”.

Where did Kriti Sanon study?

Kriti has appeared in so many television commercials for the various brand like Vivel, Samsung, Bata, Amul and Himalaya. In 2010, she modeled for Wills Lifestyle India Fashion Week, held in Mumbai. She also appeared in India International Jewellery and Chennai International Fashion Week in 2012.

Kriti Sanon made her debut with Telugu movie Nenokkadine (2014). In the same year, Sanon made her Bollywood debut with romantic movie “Hero Panti” opposite Tiger Shroff, directed by sabbir khan. She also won Filmfare Award for the best female debut for the film.

Kriti Sanon’s second Telegu movie was Dohchay, with Naga Chaitanya directed by sudheer verma. Than she appeared in Rohit Shetty’s action comedy film Dil wale which emerged as one of the highest earning Indian film of all the time, earning more than 3.72 billion worldwide.

In 2017, kriti appeared in two films. First is Raabta, along-side Sushant Sinh Rajput directed by Dinesh Vijan. The Second one is Aswiny Iyer Tiwari’s romantic comedy Bareilly Ki Barfi. In which she starred with Ayushman Khurrana and Rajkumar Rao. The film earned 548 million against 200 million budget.

In 2019, she appeared along-side with Kartik Aryan in the film Luka Chuppi. She also made her special appearance in the song Aira Gaira in the film Kalank.

– Along-side with her graduation, kriti started ramp walk professionally in 2009.
– Kriti interest in modelling arouse after a photo click by her sister nupur, after that her classmates suggested her to try luck in modelling.
– During her student life she won one photo contest and got a free portfolio by Dabboo Ratnani and also got a one year contract with a reputed modelling agency.
– She was the first choice for Akshay Kumar’s Sing is Bling, but she denied as she offered the film Farzi opposite Shahid Kapoor.
– She is kathak dancer and state level boxer.
– Hritik Roshan was her first crush.

I hope you liked my article on Kriti Sanon. I covered almost full wiki or information about Kriti Sanon. If anyting remaining then comments below.