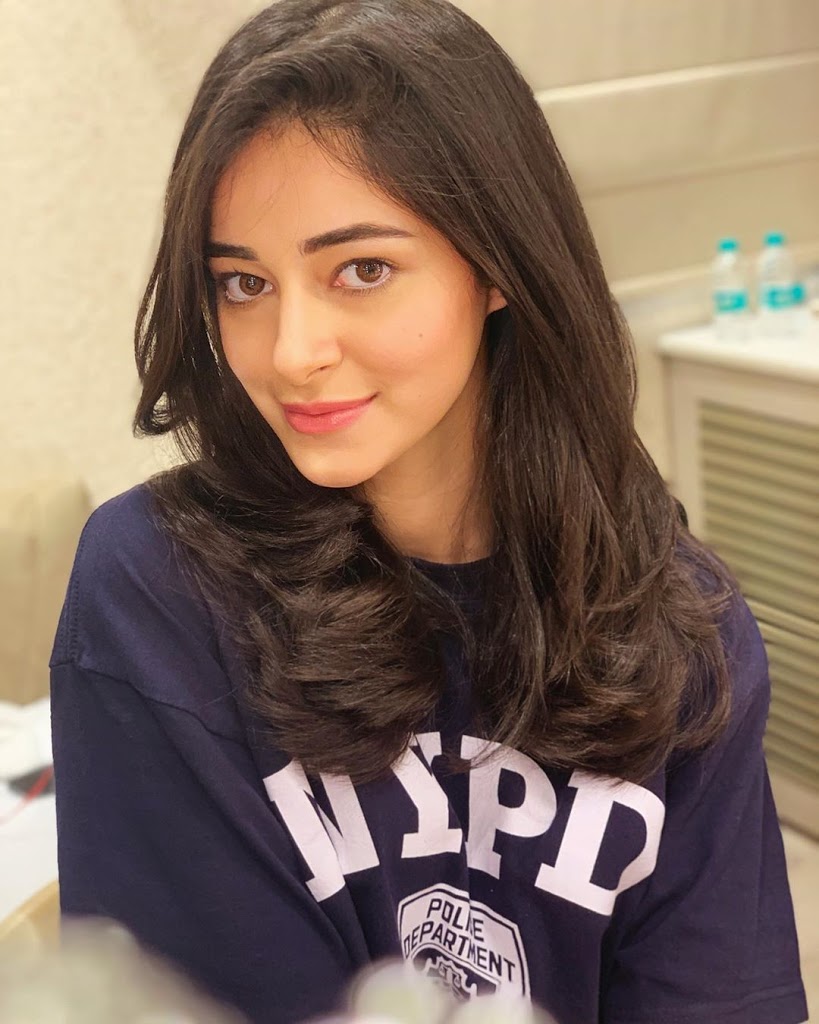 Ananya Pandey is an Indian Actress and a daughter of Indian comedy actor Chunky Pandey. She gain fame after her film “Student of the Year 2” and let’s give you some brief information about her Age, Height, Biography, Family and many more.

👉 Her hobbies are travelling, reading, dancing and attending parties.

👉 She loves watching movies and her favorite Bollywood movies are “2 States”, “Kuch Kuch Hota Hai” and “Student of the Year”.

👉 Ananya also watches some TV Shows and her favorites are “Castle”, “90210”, “How I Met Your Mother”, “The Big Bang Theory”, Glee and “Keeping of with the Kardashians on E”.

👉 As her hobby includes reading she loves book like “Diary of a Wimpy Kid” – by Jeff Kinney, “Divergent” – by Veronica Roth, “The Sisterhood of the Travelling Pants” by – Ann Brashares.

👉She also a big fan of cricketer Virat Kohli and Swimmer Michael Phleps.

👉 She loves dog and her pet dog is Fudge.

👉 She used to wears spectacles in her childhood.

👉 She is very conscious about her fitness and has taken her training from the celebrity fitness trainer, Yasmin Karachiwala.

👉 She is very popular in social media, so she always get more attention from media and fans.

👉 She also appeared in a photoshoot with Bollywood’s famous fashion designer Manish Malhotra.

👉Recent news is that Kartik Aryan secretly dating her and this may heart-breaking news for Sara Ali Khan.

👉 Recently her film Student of the Year 2 released with co-star Tiger Shroff and Tara Sutaria directed by Punit Malhotra.

👉 Ananya Pandey’s upcoming movie is Pati Patni aur Who in which she is starring with Kartik Aryan and Bhumi Pednekar. The film will release on 6th December 2019.

I hope you like this information about Ananya Pandey, soon will come with more your favorites.